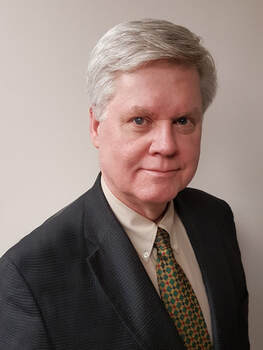 ​​Called to the bar in 1988, and with 32 years of legal practice to his credit, Philip Horgan has built a solid reputation of professional integrity both locally and nationally. He holds a B.A. in economics and international relations from the University of Toronto, and graduated from Queen’s University Faculty of Law in 1986.

In 2019, Phil was elected as a bencher (board of governors) of the Law Society of Ontario.  He serves as Vice Chair of the Professional Development and Competence Committee, and on several other committees, including Audit and Finance, Strategic Priorities, Government Relations, Litigation, and the Program Review Task Force.  Despite these added duties, he continues to manage his law practice on a full-time basis.

Phil’s extensive practice includes contractual and commercial disputes in construction law, employment law, estates, real estate, family, and other areas.  Phil has appeared at all levels of trial courts and administrative tribunals, including provincial appellate courts and the Supreme Court of Canada. Phil’s practice includes pursuing constitutional matters in the areas of education, religious and conscientious freedom, for non-profit or charitable actors, including recent leading Supreme Court cases, such as Loyola, Saguenay, Carter, and Trinity Western, amongst others. He has been engaged in over 20 Supreme Court cases, and an even higher number of provincial appellate files across Canada.

However, the core of Phil’s practice remains individuals and entrepreneurs seeking high level representation to secure the best result. 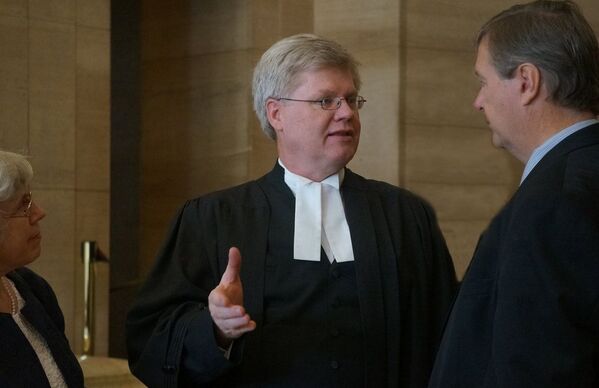 Community Involvement
He is a past president and current executive member of the Thomas More Lawyers’ Guild of Toronto. He served as Chair of the Parent Advisory Council of St. Michael’s Choir School in Toronto between 2004 and 2009. Phil received the Toronto Catholic District School Board’s Alumni Award in 2006.

In December 2012, Phil was awarded the Queen Elizabeth Il Diamond Jubilee Medal for his contributions to Canada in advocating for freedom of conscience and religion, services to the legal profession, and development of public policy.

In addition, he is a member of the Senate of the University of St. Michael’s College (U of T) and served on its Alumni Golf Tournament organizing committee for 12 years.

Phil has been an active participant in minor hockey as a coach, referee, and executive member, with the North York Knights and Forest Hill Force hockey organizations. He has been named Coach of the Year on two occasions.

Phil is married to Christine, and they have five adult children.

Lexview - Member of Advisory Board since 2010 (www.cardus.ca/lexview/)

​​Mary Zettel was called to the bar in 2013. She works in a variety of legal areas, including contract disputes, real estate, family matters, and a growing practice in wills and estates law.

Together with Philip Horgan, Mary Zettel has been noted for her involvement in recent victories for clients at the Ontario Divisional Court in a residential construction case, and has worked on several constitutional matters that have been pleaded at provincial appellate courts and the Supreme Court of Canada.
Professional Experience
Prior to obtaining a law degree at the University of Windsor in 2012, Mary enjoyed a successful career honing superior research skills and IT expertise along the way. After graduating on the dean’s list from University of Toronto with an Hon. BSc in biochemistry, microbiology and zoology, Mary worked in the mining industry before devoting her talents to raising a family of five.  Over this time, she also assisted in a family business and developed a thorough understanding of the unique challenges and needs of entrepreneurial enterprises.
​
Community Involvement
Mary has for the past 25 years been the General Manager of the North York Knights, a well-respected minor hockey organization in the Greater Toronto Hockey League, and was pleased to be honoured by Hockey Canada for her volunteer efforts. 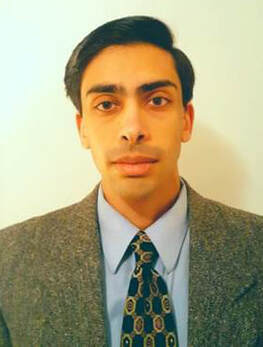 Rafe assists clients in business and personal legal affairs, working primarily in civil litigation and estate planning and administration. He has appeared at the Ontario Superior Court in employment, estates, commercial, and other matters. He also acts in Small Claims Court and Human Rights Tribunal proceedings.  Rafe takes a keen interest in constitutional cases, on which he has worked at the appellate and Supreme Court levels.

Education and Experience
Rafe was called to the Bar in 2019, after articling for Philip Horgan. He holds a B.A. in English Literature from the University of Waterloo (St. Jerome’s), and a J.D. from Queen’s University Faculty of Law. As president of the Queen’s chapter of the Runnymede Society, a national law student group, he organized debates and discussions on constitutional issues. During law school, Rafe served small business, startup, and non-profit clients at the Queen’s Business Law Clinic. He gained estates experience working with a Kingston sole practitioner.

Community Involvement
Rafe is active in community and legal organizations, and sings mediaeval and Renaissance music with two amateur choirs.